Difficulty Ejaculating or Can't Orgasm with SSRI's? Oxytocin May Help

Since the beginning of the COVID-19 pandemic, concerns about mental health have been on the rise. More people are dealing with some level of depression, which means more anti-depressant medications are being prescribed.

As helpful as anti-depressant medications can be for people who are dealing with depression, one of the more exasperating side effects for men can come as a surprise: difficulty ejaculating or total anorgasmia. These two issues can be frustrating and challenge your self-confidence during sexual intercourse, but one novel medication, oxytocin, maybe the answer.

Anorgasmia, which is also sometimes referred to as Coughlan's syndrome when the problem persists for a long time, is the inability to have an orgasm with sexual stimulation. Some research speculates that about 8 percent of men have experienced anorgasmia, which means orgasmic difficulties could be deemed as the least common sexual function issue among men.

Reasons Behind Anorgasmia and Difficulty Ejaculating

Several things can be behind difficulty reaching orgasm or ejaculating, such as low testosterone, substance use, and some mental health conditions like posttraumatic stress disorder, schizophrenia, and obsessive-compulsive disorder. The problem is more likely to occur in older men than in younger men.

Some men can have the problem due to a physical issue with how their reproductive system develops or even due to injury or surgery. Various prescription medications can also generate issues with ejaculation and orgasm in men. Specifically, SSRIs (selective serotonin reuptake inhibitors) are commonly linked to problems with orgasm or ejaculation. You may know some of these medications under their brand or generic names such as Prozac (fluoxetine), Zoloft (sertraline), Celexa (Citalopram), Lexapro (escitalopram), or Paxil (paroxetine).

If you have been prescribed one of these anti-depressant medications, there is a high possibility that the medicine can generate issues where difficulty ejaculating is concerned. According to The Journal of Sex and Marital Therapy, most antidepressants that are commonly prescribed here in the U.S. are linked to drug-induced anorgasmia. Specifically, SSRIs are well-known to cause sexual side effects in both men and women, even though the way the medicine affects either sex can be unique.

Research has indicated that different SSRIs can have varying degrees of detrimental effects on sexual function. Overall, about 40 percent of people on SSRIs report that they have some kind of sexual side effect. Yet, some medications have sexual side effects incident rates of as high as 93 percent.

Why An SSRI May Lead to Difficulty Ejaculating

Orgasm and ejaculation in males is a complex process that involves the physical organs, male hormones, nerve pathways, and arousal. For example, testosterone enhances sexual arousal, which helps encourage an erection, but the testes must be performing properly for enough testosterone to be produced. Likewise, nerve pathways are more sensitive when the penis is erect, so orgasm is easier if full arousal is achieved.

SSRIs may affect a man's ability to orgasm because it leads to higher levels of serotonin in the brain. When serotonin levels are higher, you reach a calmer state, but this may also lead to lower arousal levels and interference with the hormones the body needs that play a role in transmitting signals to the brain during sex.

According to anecdotal reports, some men claim that their SSRI means it can sometimes take longer to get an erection and they may be slower to ejaculate. For some men on lower doses, this prolonged experience can be advantageous. For example, men who struggle with premature ejaculation (PE) may even be given an on-demand SSRI to help delay ejaculation. However, men who don't have issues with PE can have heightened issues that interfere with their ability to ejaculate during sex.

The typical plan of action if a man has difficulty ejaculating while taking an SSRI is to either reduce the dose, try a different medication, or pair the SSRI with a different medication. Oxytocin may be a viable option to pair with SSRI treatment to help men who are dealing with sexual side effects.

Oxytocin is produced by the body as an important hormone that is heavily linked to sexual function. Oxytocin can be compounded at a compounding pharmacy as an intranasal spray or sublingual product.

Oxytocin has actually been shown to be beneficial for several different aspects of sexuality for both men and women. In some studies, broad-spectrum benefits have been reported, such as libido and arousal levels, the ability to get and maintain an erection, and the ability to ejaculate.

How Can Oxytocin Help with Orgasm or Ejaculation?

Oxytocin increases when you become aroused and actually peaks when you reach orgasm. Therefore, theoretically, by supplementing oxytocin when you are taking an SSRI, you may be able to reach orgasm easier because this counteracts the effects of an SSRI during the arousal and ejaculation phases of a sexual encounter.

In a case report of an anorgasmic male, nasal oxytocin was shown to restore ejaculation even though the subject had been resistant to other treatments for anorgasmia. While there is not extensive research into using oxytocin to help with SSRI-induced erectile issues or sexual dysfunction, numerous men have experienced positive outcomes with oxytocin therapy.

Discuss Oxytocin Treatment with Your Doctor and a Compounding Pharmacist

Difficulty ejaculating and anorgasmia can completely inhibit your ability to have a satisfying sex life as a man and have a detrimental psychological impact. While most men who have been prescribed SSRIs do need the medication for their mental health, many men will forgo their medicinal treatment in the event sexual problems arise. Thankfully, with the help of your doctor and a compounding pharmacist, options like oxytocin may help.

Harbor Compounding Pharmacy offers sublingual and intranasal oxytocin for male anorgasmia or erectile dysfunction. Reach out to one of our pharmacists to discuss how we can help. 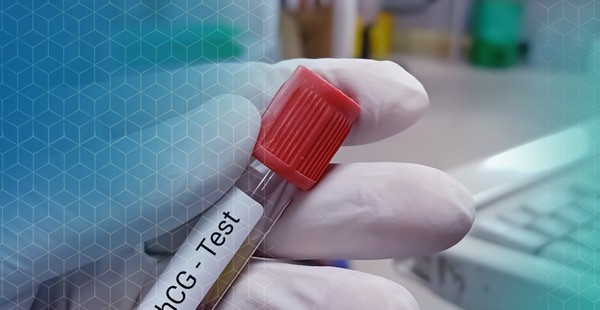