“This is the first significant recovery product that I have ever seen, and it competes strongly with hair transplantation.”
FACTORS IN HAIR LOSS

As we age, its not uncommon for us to lose our hair. Most people normally shed 50 to 100 hairs a day. This usually doesn't cause noticeable thinning of scalp hair because new hair is growing in at the same time. Hair loss occurs when this cycle of hair growth and shedding is disrupted or when the hair follicle is destroyed and replaced with scar tissue.

Men typically lose more than women at least its more obvious. But women often see thinning as well. There are plenty of products on the market claiming to restore hair, but none work well enough since there may be varying reasons to hair loss including heredity, hormonal changes, medical conditions or medications, and because of absorption requirements for drug delivery through acquired scar tissue.

HOW DO WE OVERCOME GENETICS AND AGE TO REGROW THICKER, FULLER HAIR?

Minoxidil has been the number one topical therapy for androgenetic alopecia since its FDA clearance in 1988. Even after years of use, its exact mode of action is not completely understood. Minoxidil sulfate is the active metabolite which has been shown to stimulate hair growth. The proposed mechanisms of action for minoxidil are:

Studies with topical minoxidil 2% or 3% show that hair regrowth tends to peak at around 1 year and that new non-vellus hairs were maintained at 4.5 to 5 years with ongoing use of the product. In addition to stimulating the growth of new hairs, minoxidil was also shown to increase the diameter of the individual hair shafts by over 30%. A randomized, placebo controlled comparison study of topical 5% minoxidil vs. topical 2% minoxidil showed the men in the 5% minoxidil group had 45% more hair growth at 8 weeks than those men using 2% minoxidil.

There is also evidence that tretinoin, when added to minoxidil, can increase its efficacy. Studies have shown that tretinoin increases the percutaneous absorption of minoxidil by three-fold. Additionally, tretinoin in one study, when used alone, was shown to be able to increase hair growth in 58% of patients, while the combination of minoxidil and tretinoin increased hair growth in 66% of subjects. Another trial showed equal efficacy between once a day use of tretinoin 0.01% mixed with minoxidil 5% compared to twice daily use of minoxidil 5%. The adverse event profile of both formulations was similar. Intriguingly, in one study by Lewenberg, it was noted that while minoxidil appears to exert its best hair growing effects on the vortex of the scalp, the combination of tretinoin and minoxidil results in hair growth in all areas of the scalp.

The mechanism of action for hair growth from tretinoin is not clear either. It has been shown to penetrate the nucleus of cells and induce protein synthesis and cell turnover. Additionally, it prolongs cell survival and prevents apoptosis of dermal papilla cells.

Melatonin has long been recognized as a hormone produced in the brain and for its antioxidant benefits in aging, and its related depravation as to the main reason why our bodies spend less time in deeper stages of restorative sleep as we get older. However, a number of recent studies have also shown that melatonin is uniquitously made in the skin and in hair follicles. In addition, it has been shown that melatonin acts on the skin and in hair follicles by inducing hair growth by keeping the hair follicles in the anagen phase of hair growth.

Researchers in the Department of Dermatology and Allergology, at Friedrich-Schiller-University in Jena, Germany wanted to know more about melatonin and hair growth. They looked into whether or not melatonin applied topically to the scalp would influence hair growth. They conducted a double-blind, randomized, placebo-controlled study in 40 women suffering from hair loss. They had the women apply either a 0.1% melatonin solution or a placebo solution on their scalp once a day for six months. During this time, they gave each woman a periodic trichogram. A trichogram is a method of hair analysis that involves plucking 50 to 100 hairs from different parts of the scalp. They study these hairs under a microscope where its possible to determine how many are in the anagen phase. In addition to the trichograms, the researchers also monitored the blood levels of melatonin.

First, they found that the plasma melatonin levels increased as women applied melatonin topically, meaning that melatonin is able to penetrate the skin barrier and reach the blood circulation. Next, they found that the melatonin group had an increase in the number of their hairs that were in the anagen growth phase while the placebo group did not show an increase. This means that their hair was growing faster and getting thicker with the melatonin applications. Their conclusion was that melatonin directly stimulated hair follicles to not only enter into the anagen phase but also to remain there longer. Other studies prove that melatonin increases skin cell growth in humans. Therefore, it seems reasonable to expect that it would have the same effect on hair follicles. 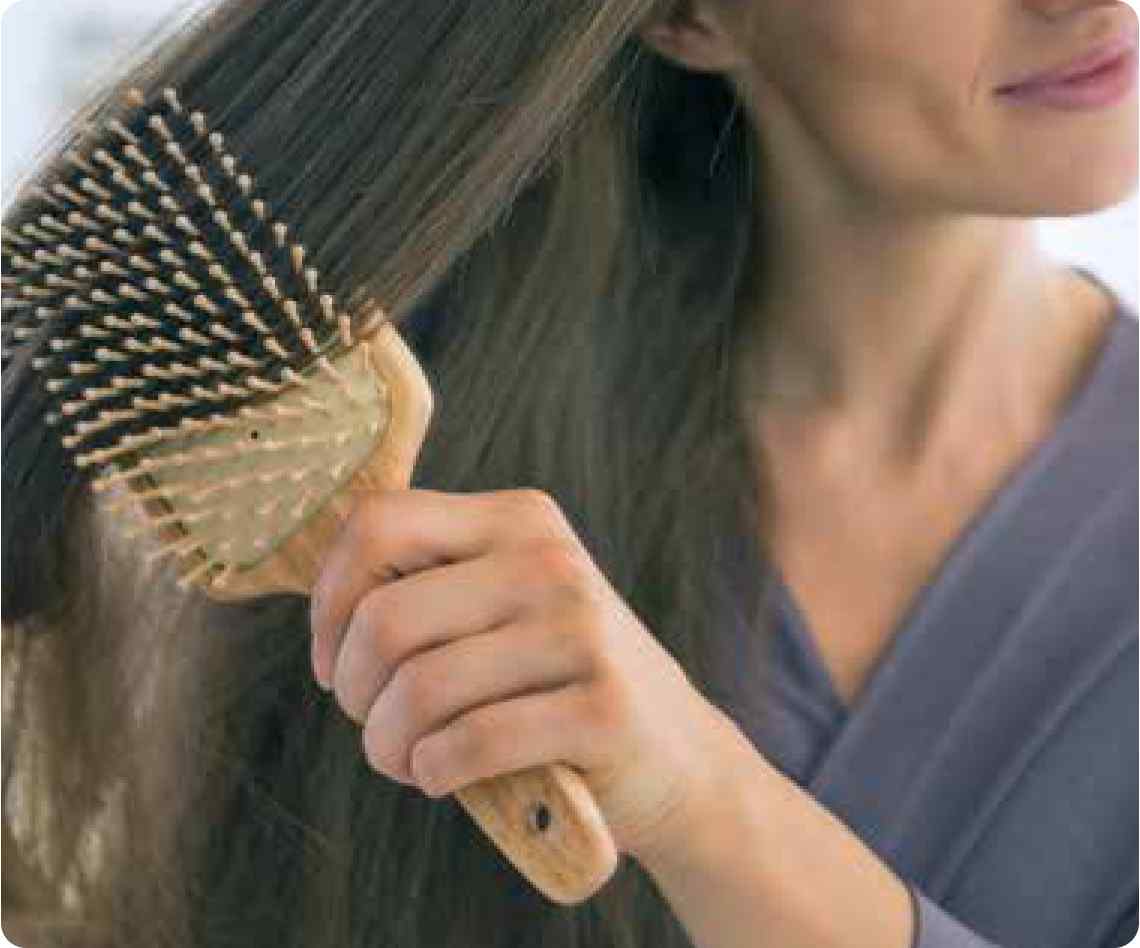 Scalp Solution-4M is a research based combination of minoxidil 5%, tretinoin 0.01%, betamethasone 0.05%, and melatonin 0.1%. Aproprietary method has been developed to solubilize and stabilize minoxidil, allowing better stability and longer shelf life. Some clinical trials of similar formulas have shown a markedly faster onset of hair growth and more profound hair growth than they had seen with previous minoxidil based formulas. According to a dermatologist who has had previous experience prescribing similar formulations, impressive efficacy has been shown after only 3 months of use. These early results are particularly significant in view of the fact that these patients are not considered very good candidates for hair regrowth, since they have had long-term hair loss with few or no visibly functioning hair follicles. The patients tolerate the therapy well, with only some mild pinkness. Many products on the market, especially over-the-counter products used by the consumer do not always produce the results patients are seeking. According to another physician, Dr. David Michelson comments that this is the first significant recovery product that I have ever seen, and it competes strongly with hair transplantation. Solid evidence is being seen by multiple prescribers within their patient bases.

After reading this article, would you like to start a prescription for a patient?

If so, please call, write, or fax in the following prescription: