As women go through menopause, one of the many issues that can impact their quality of life is their sexual function. In fact, sexual dysfunction is reported in the United States at rates of up to 50% in post-menopausal women who are asked using a standard questionnaire. Women who undergo a hysterectomy have even higher rates of sexual dysfunction, likely due to a loss of important hormonal function. As women age, these problems only become more severe. While many women have tried multiple different treatment options to improve their sexual function, it can be challenging for women to find a treatment option that works for them. Some treatments might produce intractable side effects because many of the drugs are taken systemically, traveling through the blood stream and creating numerous systemic side effects. For example, flibanserin (brand name Addyi) was recently approved by the FDA for the treatment of hypoactive sexual desire disorder; however, it comes with the FDAs strongest warning language, a black box warning. This warning is due to the risk of fainting or dangerous drops in blood pressure in patients who drink alcohol or use certain other drugs. In contrast, one of the newer options on the market, DHEA has been investigated as a possible treatment option for post-menopausal women struggling to regain their sexual function.

HOW DOES INTRAVAGINAL DHEA WORK?

There has been a significant amount of preclinical research regarding DHEA and its use as a potential treatment option for women struggling with sexual dysfunction. Multiple preclinical research studies have posited the idea that DHEA acts on the nerves in the fibers of the vaginal wall to increase their sensitivity to stimulation during sexual intercourse. Data from these studies supports the theory that the androgenic effects of DHEA can stimulate the vaginal nerve fibers, helping to increase their sensitivity during sexual intercourse and improve the satisfaction of women regarding their sex lives. Furthermore, this theory supports the observation that DHEA applied intravaginally does not lead to any systemic changes in the levels of androgenic hormones or DHEA metabolites such as estradiol and testosterone. Because DHEA does not lead to significant systemic changes in hormone levels, it can avoid many of the unpleasant side effects of other treatment options for post-menopausal sexual dysfunction.

In two clinical studies evaluating the efficacy of intravaginal DHEA in treating female sexual dysfunction, questionnaires such as the Female Sexual Function Index (FSFI), the Menopause-Specific Quality of Life (MENQOL) questionnaire and Abbreviated Sex Function (ASF) questionnaire were used. These questionnaires ask about specific areas of female sexual performance such as lubrication, arousal, desire, and orgasm. This helps to objectively quantify whether or not the treatment is helping and specifically which areas it is impacting.

In 2009, Labrie et al conducted a randomized, double-blind, and placebo-controlled phase III clinical trial which was published in the journal Menopause. The study included 216 participants. Inclusion criteria included postmenopausal women between the ages of 40 and 75 years of age who were experiencing either vaginal dryness, vaginal or vulvar irritation, or dyspareunia.

The 1% DHEA group showed an improvement in sexual arousal by 68%, sexual lubrication by 39 %, ability to achieve orgasm by 75 %, and vaginal dryness by 57 % according to the ASF questionnaire when compared to the placebo. 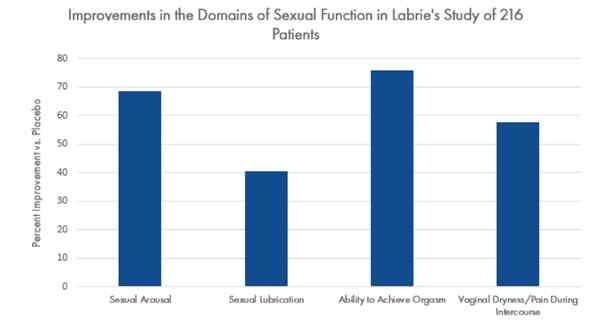 Another relatively common vaginal infection, trichomoniasis is caused by an iIn another Phase III, open-label study published in the Journal of Hormone Molecular Biology and Clinical Investigations, Bouchard took a closer look at the use of intravaginal DHEA as a treatment for sexual function. The study took place over the course of a year, and 154 post-menopausal women with vaginal atrophy were administered intravaginal 0.5% DHEA on a daily basis.

When the study concluded, the women showed marked improvements in multiple parameters of sexual function examined by the questionnaire, including increased desire by 28%, arousal by 49%, lubrication by 115%, ability to orgasm by 51%, satisfaction by 41% and improvements in pain by 108%.

In both studies, the application of intravaginal DHEA demonstrated benefits for the sexual function of post-menopausal women. At the doses of DHEA 0.5% and 1%, the levels of DHEA metabolites, estradiol and testosterone, in the serum remained well within safe limits. Because these levels did not change significantly, this maintains the fact that intravaginal DHEA does not lead to significant systemic effects but instead acts strictly through local action. This means that intravaginal DHEA holds some promise as a potential treatment option for improving the quality of the sexual function of women during their menopausal years without causing systemic effects on the levels of androgens and estrogens throughout the body. These studies prove that intravaginal DHEA as a treatment for sexual dysfunction in post-menopausal women was shown to be both safe and effective.

By combining the preclinical and basic science research with the results of two landmark studie, patients and physicians should take home a few key points about the use of DHEA as a potential option for treating post-menopausal female sexual dysfunction.

DHEA increases libido in the brain: By stimulating the nerve fibers, intravaginal DHEA increases libido without the need for a direction action on the brain. This is reflected in the clinical questionnaires as the research study participants reported increased sexual arousal, lubrication, and desire. All of these are components of the female libido which improved with treatment.

DHEA has fewer side effects than current treatment options: As discussed earlier, DHEA is applied locally in the vagina. This helps to limit the systemic effects of DHEA and was tracked closely using blood tests during the clinical studies. Because DHEA has fewer side effects, the treatment is likely to be accepted by the patients, meaning that patients will adhere to this treatment more closely than others.

DHEA has been clinically tested: The two research studies above are only a few of the many studies available that have demonstrated the potential efficacy of intravaginal DHEA as a treatment option for sexual dysfunction. While more research is still ongoing regarding this potential treatment option, the results of these studies are promising and could represent a paradigm shift in the treatment of sexual dysfunction in women. 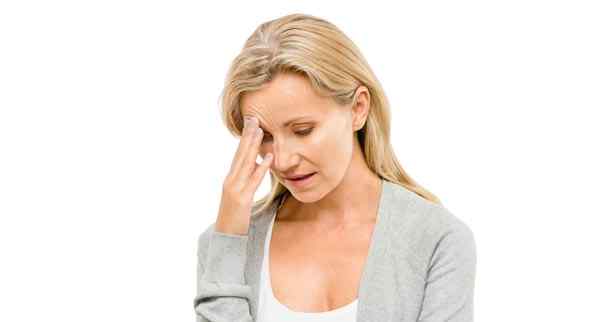 If you would like to write a prescription for an intravaginal DHEA cream, please prescribe the following: