Could Hormones Make a Difference in the Treatment of Rheumatoid Arthritis?

While there are many forms of arthritis, one that tends to bring about considerable concern is rheumatoid arthritis (RA). RA is unique because it is actually an autoimmune disorder, but it is also unique because of the detrimental ways that it can affect the body beyond the joints. Recent research has looked at certain hormones in relation to RA, and some evidence points to hormone replacement therapy as a potential treatment. Here is a closer look.

A Closer Look at Rheumatoid Arthritis

Rheumatoid arthritis (RA) is considered an autoimmune disorder that is characterized by ongoing or chronic levels of inflammation in the joints. Unlike osteoarthritis, which is a degenerative condition that happens due to the natural deterioration of the joints, RA actually means your body's immune system is attacking the tissues that surround the joints. Specifically, RA involves a direct attack on synovial membranes, which form an encasement around joints to protect them.

Rheumatoid arthritis can be quite severe, and the fact that it tends to affect multiple joints at one time can make it even worse. Naturally, some of the most noteworthy symptoms will involve pain and swelling of the joints. However, other symptoms can include things like:

As with most forms of arthritis, RA can also lead to the joints feeling stiff, especially upon waking or after a period of sitting idle.

Usually, RA will affect the smallest joints in the body first, such as the joints found in your toes or in your fingers and wrists. However, as the condition worsens, larger joints are likely to be affected, and symptoms will often occur symmetrically. For example, if one hip is affected, the other hip will also likely be affected. Over time, people with RA can suffer from joints shifting out of place or appearing deformed.

It's not uncommon for RA to involve other symptoms or problems that don't have anything to do with the joints, especially in more progressed cases. Around 40 percent of those diagnosed with RA will also experience problems with their skin, eyes, heart, salivary glands, lungs, or even their blood vessels.

RA does not have a clearly defined cause, even though researchers have concluded that genetics appears to be a likely contributing factor. This is the case with many autoimmune disorders. While a singular cause of RA is not known, some people do seem to be more at risk than others. Some of the risk factors include:

Researchers have suspected that reproductive hormones play a role in rheumatoid arthritis since 1938 when a doctor discovered that pregnancy seemed to help women with RA. Likewise, rheumatoid arthritis and menopause also propose new challenges, as postmenopausal women seem to have more periods of inflammation. This same action has been documented several times, and several different hormones in both men and women may hold significance when it comes to RA.

Some studies suggest that hormone replacement therapy (HRT) with estrogens may be beneficial for women with RA, even though further research does need to be done. The underlying reason for the interest in HRT for RA is pretty straightforward. During the postovulatory phase of the menstrual cycle when estrogen and progesterone levels are at their highest, women with RA have fewer symptoms of the disease.

In a 48-week study of 62 patients with RA, 40 were given transdermal estradiol patches and 22 were given a placebo. Individuals provided with estradiol experienced increased spine density and a reduced articular index (joints in active flare-ups).

Another study published in 2003 looked at HRT for RA among 88 postmenopausal women. Those who received HRT, calcium, and vitamin D3 had significant improvement in bone mineral density and enhanced outcomes with insulin growth factor and the levels of pro-inflammatory proteins produced by the immune system.

A large-scale study involving over 27,000 people carried out by the Women's Health Initiative looked to determine if estrogen or estrogen plus progestin affected the likelihood of developing RA. However, there were no significant differences noted between those who were supplemented and those given a placebo. This indicates that while estrogens may decrease the severity of RA symptoms, HRT may not play a role in negating the incidence of disease.

Androgens include Dehydroepiandrosterone (DHEA) and testosterone. These hormones are thought to be the reason why males are more commonly found to enter remission during the earlier stages of RA. Even though androgens do not appear to play a role in the development of RA, they do correlate with the level of RA activity in patients who have been diagnosed.

In one case-control study of 59 patients with RA and 61 healthy male and female participants, testosterone and DHEA levels were determined to be abnormal in patients with RA. The study alluded to the theory that adrenal androgens like DHEA and testosterone may offer anti-inflammatory effects.

Dehydroepiandrosterone (DHEA) is interesting because it is a precursor to other hormones like testosterone and even estrogen. Natural levels of DHEA naturally wane as you get older, so DHEA supplementation has grown to be quite common. However, DHEA supplementation may also hold value for people with rheumatoid arthritis.

In 2015, anti-tumor necrosis factor (anti-TNF), which is an antibody therapy used to treat RA, was found to also modulate the supply of DHEA. Unfortunately, the lack of DHEA leads to lower androgens and encourages inflammatory actions of the immune system. Research has also shown that there may be complex associations between RA, genetics, and DHEA that contribute to the likelihood of a genetic phenotype being at work in people who have RA.

Can you take HRT with rheumatoid arthritis? Most people absolutely can, and in some cases, HRT may actually offer beneficial effects on the symptoms and effects on the body that characterizes RA. Even though the topic has been approached several times in clinical settings, HRT may not always be recommended for RA, but some doctors and patients work together with a compounding pharmacy and see improvement. If you have been diagnosed with rheumatoid arthritis, especially as an older male or female, HRT may be something to explore with your doctor.

Other Treatments for RA

While hormones may make a difference when it comes to RA, several other treatments such as low dose naltrexone have been shown to be effective as well, some more so than others. Most physicians will recommend medications for symptom and disease management, physical therapy, and potentially surgery in more progressed cases of RA.

Learn More About Estrogen or Testosterone Therapy for Rheumatoid Arthritis

In the years to come, we are bound to learn more about the precise ways that HRT could be beneficial for rheumatoid arthritis sufferers. If you have been diagnosed with RA and would like to know more about DHEA supplementation or HRT, reach out to one of our pharmacists to discuss options that may be viable for you, and make sure to visit our Bioidentical HRT for Women, or Bioidentical HRT for Men pages to find out Harbor Compounding Pharmacy can personalize HRT therapy for you. 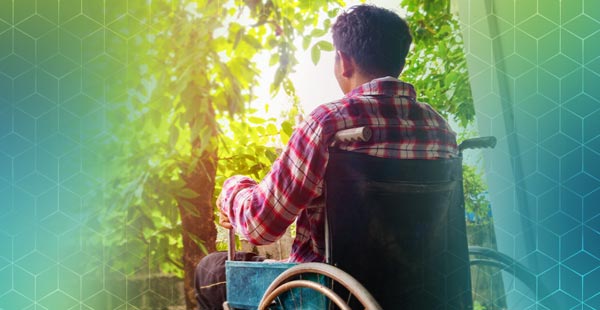 Could Hormones Make a ...