Mercury exposure and toxicity is a prevalent and significant public health threat.

Chronic mercury exposure from occupational, environmental, dental amalgam, and contaminated food exposure is a significant threat to public health.Those with amalgam fillings exceed all occupational exposure allowances of mercury exposure of all European and North American countries. Adults with four or more amalgams run a significant risk from the amalgam, while in children as few as two amalgams will contribute to health problems In most children, the largest source of mercury is that received from immunizations or that transferred to them in utero from their mother

Dental amalgams are a major source of mercury toxicity

A single dental amalgam filling with a surface area of only 0.4 sq.cm is estimated to release as much as 15 micrograms of mercury per day primarily through mechanical wear and evaporation.

The average individual has eight amalgam fillings and could absorb up to 120 micrograms of mercury per day from their amalgams. These levels are consistent with reports of 60 micrograms of mercury per day collected in human feces. By way of contrast, estimates of the daily absorption of all forms of mercury from fish and seafood is 2.3 micrograms and from all other foods, air and water is 0.3 micrograms per day. Currently, Germany, Sweden and Denmark severely restrict the use of amalgams. A "silver" filling, or dental amalgam, is not a true alloy. Amalgams are made up of 50% mercury. The amalgam also consists of 35% silver, 9% tin, 6% copper and a trace of zinc. More than 100 million mercury fillings are placed each year in the U.S. as over 90% of dentists use them for restoring posterior teeth.

The mercury vapor from the amalgams is lipid soluble and passes readily through cell membranes and across the blood brain barrier. The vapor serves as the primary route of mercury from amalgams into the body. It is clear that amalgam mercury transfers to human tissues, accumulates with time, and presents a potential health threat. The mercury escapes continuously during the entire life of the filling primarily in the form of vapor, ions but also abraded particles. Chewing, brushing, and the intake of hot fluids stimulates this release.

Statements made by dental authorities which claim that the amount of mercury exposure encountered by patients from dental amalgams is too small to be harmful, are contradicted by the literature.

Animal studies show that radioactively labeled mercury released from ideally placed amalgam fillings appear quickly in the kidneys, brain and wall of the intestines. The fact that mercury amalgam fillings are banned in some European countries is strong evidence of the clinical toxicity of this material.

Any metal tooth restoration placed in the mouth will also produce electrogalvanic effects. When dissimilar metals are placed in the oral cavity they exert a battery-like effect because of the electroconductivity of the saliva. The electrical current causes metal ions to go into solution at a much higher rate, thereby increasing the exposure to mercury vapor and mercury ions many fold. Gold placed in the vicinity of an amalgam restoration produces a 10-fold increase in the release of mercury.

Mercury in the central nervous system (CNS) causes psychological, neurological, and immunological problems in humans. Mercury bonds very firmly to structures in the CNS through its affinity for sulfhydryl-groups on amino acids.

Other studies have shown that mercury is taken up in the periphery by all nerve endings and rapidly transported inside the axon of the nerves (axonal transport) to the spinal cord and brainstem. Unless actively removed, mercury has an extremely long half-life of somewhere between 15 and 30 years in the CNS. Mercury Toxicity SymptomsThe overt clinical effects resulting from toxic exposure to mercury have been clearly described. The scientific literature shows that amalgam fillings have been associated with a variety of problems such as Alzheimer's Disease, autoimmunity, kidney dysfunction, infertility, polycystic ovary syndrome, neurotransmitter imbalances, food allergies, multiple sclerosis, thyroid problems, and an impaired immune system. Patients with many amalgam fillings will also have an increase in the prevalence of antibiotic resistant bacteria. Subclinical neuropsychological and motor control effects were also observed in dentists who had documented high mercury exposure levels. Amalgam use may also be related to fatigue, poor memory and certain psychological disorders.

There has been a recent epidemic of autism in the US and many investigators believe that this may be partially related to the increased exposure infants have had to mercury through the preservative thimerosal that was included in nearly all vaccines until recently.The nervous system is more sensitive to mercury toxicity than any other organ in the body. Mercury has recently been documented to be associated with arrhythmias and cardiomyopathies as hair analysis showed mercury levels to be 20,000 higher in those with these cardiac abnormalities. Mercury exposure has also been associated with other neurological problems such as tremors, insomnias, polyneuropathy, paresthesia, emotional lability, irritability, personality changes, headaches, weakness, blurred vision, dysarthria, slowed mental response and unsteady gait.

There are a number of agents that have been demonstrated to have clinical utility in facilitating the removal of mercury with someone who has demonstrated clinical signs and symptoms of mercury toxicity.

The urine and feces are the main excretory pathways of metallic and inorganic mercury in humans. The most important part of systemic elimination is to remove the source of mercury. For most this involves amalgam removal. Individuals should seek a dentist who is specially trained in this area as improperly removed amalgam may result in unnecessarily high exposure to mercury. The following is a summary of the most effective agents that have been documented in the peer-reviewed literature.

DMPS (Sodium 2,3-dimercaptopropane-1-sulfonate) is an acid-molecule with two free sulfhydryl groups that forms complexes with heavy metals such as zinc, copper, arsenic, mercury, cadmium, lead, silver, and tin. DMPS was developed in the 1950s in the former Soviet Union and has been used to effectively treat metal intoxication since the 1960s there. It is a water-soluble complexing agent. It has an abundance of international research data and an excellent safety record in removing mercury from the body and has been used safely in Europe as Dimaval for many years.DMPS is registered in Germany with the BGA (their FDA) for the treatment of mercury poisoning but is still an investigational drug in the United States.

DMPS can be used to eliminate mercury systemically

The use of DMPS to treat mercury toxicity is well established and accepted. DMPS has clearly demonstrated elimination effects on the connective tissue. The DMPS dose is 3-5 mg /kg of body weight once a month which is injected slowly intravenously over five minutes. DMPS-stimulated excretion of all heavy metals reaches a maximum 2-3 hours after infusion and decreases thereafter to return to baseline levels after 8 hours.

DMPS is not mutagenic, teratogenic or carcinogenic. Ideally intravenous DMPS should never be used in patients that still have amalgam fillings in place, although investigators have done this as diagnostically, as a one-time dose, without complications.76 DMPS appears in the saliva and may mobilize significant amounts of mercury from the surface of the fillings and precipitate seizures, cardiac arrhythmias, or severe fatigue. One should use DMPS with great CAUTION and NEVER use it in patients with amalgam fillings. Ideally DMPS should be administered after 25 grams of ascorbic acid administered intravenously. This will minimize any potential toxicity from the DMPS. Even though DMPS has a high affinity for mercury, the highest affinity appears to be for copper and zinc and supplementation needs to be used to not avoid depleting these beneficial minerals. Zinc is particularly important when undergoing mercury chelation. DMPS is administered over a five-minute period since hypotensive effects are possible when given intravenously as a bolus. Other possible side effects include allergic reactions and skin rashes.

DMSA (meso-2, 3-dimercaptosucccinic acid) is another mercury chelating agent. It is the only chelating agent other than cilantro and d-penicillamine that penetrates brain cells. DMSA removes mercury both via the kidneys and via the bile. The sulfhydryl groups in both DMPS and DMSA bind very tightly to mercury.

First, DMSA is considered to be much safer than DMPS. In research studies, DMPS proved to be three times more toxic than DMSA.Secondly, DMSA is much less likely to bind to beneficial minerals, as DMPS does.
Thirdly, there are claims that DMSA will cross the blood brain barrier to access mercury accumulations in the brain.
Fourthly, DMSA is commonly prescribed [and compounded] as an oral administration. This makes it more convenient and affordable for the patient. Patients can also start with a low dose to test tolerance levels and reduce adverse effects.

Joseph Mercola, DO. Dietrich Klinghardt, M.D., Ph.D.
Adequate sulfur stores are necessary to facilitate mercury's binding to sulfhydryl groups.
Many individual's sulfur stores are greatly depleted which impairs sulfur containing chelating or complexing agents, such as DMPS or DMSA, effectiveness as they are metabolized and utilized as a source of sulfur. Sulfur containing natural substances, like garlic and MSM (methylsulfonylmethane) may also serve as an effective agent to supply organic sulfur for detoxification. Fresh garlic is preferred as it has many other recently documented benefits. The garlic is consumed just below the threshold of social unacceptability, which is typically 1-2 cloves per day.

Vitamin E doses of 400 I.U per day have been shown to have a protective effect when the brain is exposed to methyl-mercury. Selenium, 200-400 mcg daily, is a particularly important trace mineral in mercury elimination and should be used for most patients

There is a suggestion in a rat model that lipoic acid may also be useful, but some clinicians are concerned about the potential of lipoic acid to bring mercury into the brain early in the stages of chelation, similar to DMSA and N-acetylcysteine (NAC), which has also been used in mercury chelation. Doses larger than 50-100 mg per day should be used with caution.

Vitamin C is also a helpful supplement for mercury elimination as it will tend to mobilize mercury from intracellular stores.

Some clinicians will use it intravenously in doses of 25-100 grams IV in preference to DMPS and DMSA.

Frackelton, James P., M.D. and Christensen, R. Lyle, Ph.D., Journal of Advancement in Medicine, Spring, 1998;11(1):9-25. (Address: James P. Frackelton, M.D., F.A.C.A.M., Preventive Medicine Group, 24700 Center Ridge Road, Cleveland, OH 44145 U.S.A.)
The authors have found that mercury removal therapy using DMSA in patients who exhibit chemical sensitivity from mercury poisoning has been clinically successful, using a daily dose of 500 mg on an empty stomach every other day for a minimum of 5 weeks. Occasionally, sensitive individuals have to have the dose reduced to 250 mg of DMSA 3 times per week followed by an increase to 500 mg in the same dosage after 2 to 3 weeks. Rapid responses have occurred although 4 to 5 weeks are usually needed for patients to experience a reduction in symptoms. If patients are planning to have mercury restorations completely removed, the DMSA treatment is effective if begun just prior to removal. Many patients experience fewer mercury toxicity symptoms during amalgam removal when taking DMSA regularly 3 times a week plus an additional dose on the day of the dental procedure. 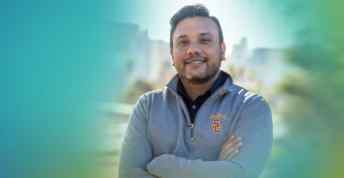 This is How Pharmacists Detox th...