Multiple Sclerosis: The Signs, Risks, and a Look at Low-Dose Naltrexone Treatment

"My symptoms started 5 years before I got medically diagnosed with Multiple Sclerosis by a doctor. Before the correct diagnosis, they thought I was suffering from shin splints, Lyme disease, you name it, it was anything but MS. I was devastated when I first found out I had MS because of all the horror stories I heard and the information I found on the internet. No one knew the exact cause, there was no complete cure, and this left me feeling helpless and hopeless. Although now, I’ve finally come to terms with the fact that this is my new life, it’s still a very difficult and lonely ride. I feel like I have no support system, and I don’t want people around me to think I’m exaggerating symptoms, so I’m always keeping to myself. Sometimes I just need to vent about how much pain and distress I’m in, but I stop myself because I don’t want to burden those around me. No one gets it. It’s not the same type of exhaustion or pain that other normal people feel."

— Patient Anonymous on Living with MS

Multiple sclerosis (MS) affects an estimated one million people in the United States, which is double the number of cases once estimated. As many as 200 new patients every week are diagnosed with this debilitating neurological disease. Yet, there is still so much to learn.

Unfortunately, the above experience is not uncommon when living with MS. Some studies suggest that 20 percent of people are misdiagnosed initially. Some people don't get a proper MS diagnosis until they are years into the disease with symptoms so progressed that their quality of life is detrimentally affected.

Even with a proper diagnosis, MS is notoriously difficult to treat. What works for one patient may do nothing for another, and for a condition that has no cure, this kind of situation can feel pretty bleak.

With the estimated and known cases of MS so obviously on the rise, thankfully, more focus and research is being geared toward the disease and multiple sclerosis treatment. Let's take a closer look at MS, who is at risk, and some of the latest promising treatment options like low-dose naltrexone.

Multiple sclerosis is considered to be the most common neurological disease in both Europe and North America. MS causes the immune system to attack the central nervous system, which is made up of the brain and spinal cord. The attack on the protective layer of nerve fibers, referred to as myelin tissue, causes systematic disruptions in nerve signals between the brain and body.

Is MS an autoimmune disease?

MS is not considered to be a hereditary condition because you don't necessarily "inherit" the disease from parents or ancestors. And, MS isn't always passed through generations in any predictable manner. For example, if you have two identical twins with identical genes, one may have MS and the other may not. However, people who have a parent, sibling, or child with MS may be more likely to be diagnosed themselves. Why? Geography and race tend to be the same within a family, and, having certain genes (science has recognized 100 MS-related genes) can mean you are more at risk.

Who is at Risk for developing MS?

The risk factors for MD are just as unique as the disease itself. For one, researchers have concluded that geographic location has some bearing on the risk of developing MS. More specifically, people who live in temperate climates may be more at risk. MS is more prevalent in the US in people who live north of the Mason-Dixon Line but may be deterred if you live in the southern half of the US until around the age of 12. MS is also more common for people living in Canada, New Zealand, Europe, and southeastern Australia.

Other risk factors for MS include:

What are usually the first signs of MS?

The nature of MS and what it causes in your body can mean signs and symptoms are a bit all over the place and unique to the individual. A few of the earliest signs of MS can include:

It is important to note also, early signs of MS may not be consistent. You may have issues with a certain symptom for a while, but then that symptom may seem to improve. New symptoms may emerge later or the same symptoms can return and seem worse. These variances can make MS extremely hard to diagnose.

Other Signs of MS

As MS progresses, new signs and symptoms can arise. Some other complications and signs of MS include:

Even though MS does not have a known cure, symptom management can make living with MS more bearable. Most treatments available are geared toward symptom management, deterring symptom relapses, and slowing the progression of MS.

Usually, doctors will also offer certain medications to control specific symptoms of sets of symptoms of MS. For example, you may be given something for pain, something to relax your muscles, and something to help with bladder problems.

Naltrexone has actually been in use since 1984 for the management of opioid or alcohol dependence. While the medication has been FDA-approved for that purpose, naltrexone has also shown promise as an off-label treatment option for MS. Low-dose naltrexone (LDN) has a relatively minimal side effect profile, and is considered to be a low-risk option in comparison to some other drugs commonly used for MS management.

How does low-dose naltrexone work for MS?

The Research Behind Low-Dose Naltrexone

The preliminary research behind the effectiveness of low-dose naltrexone is promising. In animal studies, LDN has been shown to reduce demyelination activity and damage to the nerves associated with MS. In one trial, LDN seemed to improve spasticity in the muscles, which is a common complaint with MS. Another study found that just 8 weeks of LDN therapy improved mental quality of life for patients with MS.

Even though formal studies are in their earliest stages, several patient testimonials have been positive for this alternative multiple sclerosis treatment. Some patients have reported:

Life with MS may pose challenges that others simply don't have to face. But you're definitely not in this alone—we take pride in offering our insight to patients who need us. If you have been diagnosed with MS, want insight into the medicinal solutions available, or want to know more about low-dose naltrexone, Harbor Compounding Pharmacy is here to help.

Simply give us a call to speak with a pharmacist or request a referral to a doctor who specializes in low-dose naltrexone treatment. We provide services to patients in numerous locations, including in California, Las Vegas, Indiana, Missouri, Pennsylvania, Washington, and New York. 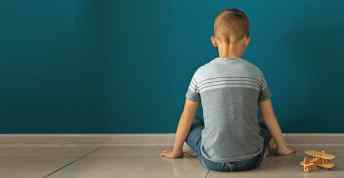