Autism could easily be referred to as one of the most concerning and growing problems affecting children across the country. According to Autism Speaks, as of 2020 1 in 54 children were diagnosed with an autism spectrum disorder. The condition is more prevalent in boys than girls, with boys being four times as likely to be diagnosed.

Because the underlying cause of autism is not clearly defined and symptoms can be so diverse, treatment has been traditionally limited to interventional therapy to improve brain development, social skills, and other characteristics of the condition. However, a specific hormone, already produced by most people, may have a role in autism as a condition and autism treatment. Let's take a closer look at autism as a disorder, how oxytocin may play a part, and why oxytocin treatment may help with certain symptoms of autism.

In the most general terms, autism impacts how an individual may perceive or even socialize with others. The condition is usually noted in early childhood years; typically within the first year of life. Autism is considered to be a developmental disorder that can be directly characterized by:

Autism is often referred to as autism spectrum disorder (ASD) because symptom severity can range from especially mild to severe. Every person with ASD can have their own behavioral traits or unique deficits. For example, some children may only struggle with eye contact and social cues and be extremely intelligent while others may find learning difficult, have problems speaking, and practice ongoing repetitive behaviors.

Typical symptoms of ASD, which can range in severity or intensity, may include:

While the exact cause of autism has not been well-established to date, some researchers have posited that the condition could be related to specific gene mutations and environmental factors. Because the range of symptoms can vary from one autistic person to the next, the underlying causes may be multifactorial instead of singular.

Oxytocin, which is a hormone that is closely linked to social behavior, may be lower in children with autism, according to some earlier studies. Even though natural levels of oxytocin can vary among all children, low oxytocin levels are linked with poor social performance and communication that is especially high with ASD. When it comes to oxytocin deficiency autism may not always be a definitive cause, but some studies have shown a correlation between a gene abnormality with ASD that could be directly related to lacking oxytocin. Therefore, children with autism who do have lower levels of oxytocin may portray more deficits with social interaction.

A Closer Look at Oxytocin

Oxytocin is a hormonal neurotransmitter that plays a role in a number of actions, including those related to human behavior. Often deemed as the "love hormone," oxytocin is released automatically during labor, breastfeeding, and even after sex. This powerful brain-messenger is directly responsible for generating feelings of connection or closeness to others. The hormone is thought to directly influence things like:

Research has shown that women have naturally higher oxytocin levels than men, which is easy to assume since oxytocin has such a direct link with female reproduction, breastfeeding, and mothering her child. However, when oxytocin is introduced to the brain, it can affect social behaviors, cognitive functions, and emotional behaviors of both males and females.

How Oxytocin May Help with ASD

For many years, great effort has been taken to both understand the complexities of ASD and find logical treatments for such a complicated condition. Even though the symptoms of ASD can range in type and severity, some of the most life-altering symptoms can be related to social deficits. Children with ASD often struggle so much with social interactions that it hinders their ability to make friends, bond with parents or caregivers, and establish meaningful relationships.

Because oxytocin is considered to essentially be a prosocial neuropeptide that enhances things like empathy and trust, oxytocin is continually being examined for autism. Oxytocin may help with:

Another note, oxytocin has been examined numerous times for its efficacy in treating anxiety symptoms. The outcomes of those studies have been promising even though more research needs to be done on a large-scale basis. Even though anxiety is not considered to be a core symptom associated with ASD, as many as 40 percent of children with autism do have elevated anxiety.

The research into oxytocin treatment for ASD is still in its earliest stages, and many of the established studies have been small-scale or limited. Nevertheless, a handful of published articles have found oxytocin to offer some promise as a deterrent for certain poignant autism symptoms.

In January 2020, the outcome of a randomized controlled trial involving 40 adult men with autism was published by Molecular Autism. Over the course of four weeks, the participants were given either oxytocin nasal spray or a placebo. Improvements in social responsiveness were found in both groups. Reductions of repetitive behavior and feelings of social avoidance were reported by the group given oxytocin.

In a study of 18 autistic males, continual oxytocin administration over a six-week period seemed to improve social reciprocity scores. Social reciprocity refers to the ability to reciprocate emotional or social responses in situations with other people.

In a review of randomized controlled trials of oxytocin and autism and how it affected social cognition, 7 of the 11 reported improvements in social cognition symptoms. However, it was also noted that the review yielded mixed reports on improvements of either repetitive or restrictive behaviors.

While not as pertinent, many animal studies have established the efficacy of oxytocin treatment for social deficits. For example, one review published in 2015 found that treatment with oxytocin caused behavioral recovery in mice with symptoms similar to ASD.

Are there oxytocin autism side effects?

Even though research is limited and mostly small-scale studies have been performed, there have been very few mentions of adverse reactions to short-term use of oxytocin. Most study participants have had no major negative side effects with research efforts involving oxytocin spray.

Who is the best candidate for oxytocin treatment?

While oxytocin treatment may be worth a try for anyone with social deficits related to autism, the treatment is thought to be most effective for autistic individuals who have low levels of natural oxytocin. In one trial using oxytocin nasal spray, the children with the lowest levels of baseline oxytocin prior to the study seemed to experience the most improvements with their social behavior scores.

In what forms is oxytocin available?

Oxytocin is currently available in several forms, including as an oxytocin nasal spray and oxytocin sublingual tablet. In medical settings, such as during the induction of labor, doctors use an intravenous form of oxytocin. However, intravenous administration for anything other than labor induction is rare.

Is oxytocin safe for autistic children?

Oxytocin is considered to be generally safe for children with autism. Currently, the treatment is not FDA-approved specifically for autism, but many medical professionals are using oxytocin treatment for autism with no negative reactions associated.

How can you get oxytocin for autism?

Oxytocin is available by prescription for certain conditions and may be prescribed off-label for children with autism to help deter social symptoms. The medication is available through compounding pharmacies, which utilize a predetermined amount of the peptide to create intranasal sprays or sublingual tablets.

Talk to a Compounding Pharmacy About Oxytocin Formulations

Even though the research into oxytocin for autism is just getting started, the early results have been especially enlightening. At Harbor Compounding Pharmacy, we have helped numerous patients obtain the prescriptions they need to help with some of the core symptoms of autism. We have the ability to create oxytocin nasal spray and oxytocin sublingual tablets that can deliver a precise dose of the neuropeptide. If you would like to know more about oxytocin treatments, please reach out to us for more information. 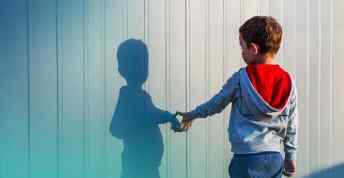