“I want you to test these for me, and let me know what’s wrong with them.”

The lady handed over a prescription vial containing 3 capsules. Still puzzled over the strange request, I looked at the prescription vial and noticed that the label on the vial didn’t even state that the medications were from our pharmacy, Harbor Compounding Pharmacy.

“I’m sorry, ma’am. I’m confused. These capsules are not from our pharmacy,” I said.

“I know. My daughter used to get these T4/T3 capsules compounded at your pharmacy. We switched over to a new pharmacy a few days ago, and when she took her first dose, she went into heart failure. She’s been in the ICU since.”

The Difficulties Compounding a T4 and/or T3 Capsules

Most patients don’t know this, but compounding a T4 and/or T3 formulation is one of the most difficult products to make in our compounding lab. There are many dilemmas when compounding a T4/T3 capsule, which includes:

How Do You Measure 1 mcg?

T4 and T3 are potent hormones, so potent that they must be dosed in micrograms (mcg), instead of the typical milligrams (mg). To put it into perspective, one single grain of kosher salt, the coarse, grainy one that we use for margaritas, weighs about 1000 mcg. So imagine if you need a dose of T4 25mcg in one capsule, which is an average dose, how would you weigh out 25mcg when one grain of kosher salt weighs 1000mcg? Shall we grind down that one grain of salt and divide it into 40 capsules of T3 25mcg? I think if we had a million-dollar electron microscope that may be possible, but that is most likely not going to happen.

To complicate matters, T4 has a narrow therapeutic index, which means that there is a very narrow window in which the dose can vary. The typical therapeutic range that is allowed for a drug is generally between 90 to 110%, according to the drug monographs published by the United States Pharmacopeia (USP). This means that if a doctor prescribes compounded ibuprofen 10mg capsules, your compounding pharmacy is allowed to have between 9 to 11mg of ibuprofen in each capsule, which is 90 to 110% of 10mg. However, special drugs like thyroids and drugs that treat seizures have an even narrower range. Levothyroxine, a form of T4, has a therapeutic window of 95 to 105%; that is a tight window of only 10 percentage points.

Because of their narrow therapeutic window, small changes in the dosages of thyroid drugs can lead to potential subtherapeutic or toxic effects. Slightly underdosing a patient with thyroid hormones would result in the typical symptoms of hypothyroidism: fatigue, lethargy, brain fog, etc. Slightly overdosing a patient with thyroid hormones can effect in heart palpitations, nervousness, and tremors. A massive overdosage of thyroid hormones can result in seizures, arrhythmia, convulsions, heart failure, coma, and even death. Thus it is imperative that patients do not double up on their thyroid medications when they miss a dose, and even more importantly, that their compounding pharmacy understands the limitations when compounding with thyroid hormones.

So back to the question: if a compounding pharmacy has pure T4 on hand, how does that pharmacy measure out 25mcg for a required dose? This is where an extra step and lots of calculations come into play. The pharmacy first makes a T4 dilution, or pre-concentrate, using the pure T4 and a large amount of an inert filler, like silica or cellulose. The compounder will then slowly incorporate the filler into the T4 in a step wise fashion, making sure that the T4 is thoroughly mixed after each addition of filler. This is a very detailed and time-consuming process. After this pre-concentrate is done, the pharmacy will then quarantine the final pre-concentrate, send out samples for potency and uniformity testing, and when the results are received and pass specifications, the pre-concentrate is released for use. The final concentration of the pre-concentrate will generally be about 1:1000, depending on the final potency results.

So What Can Go Wrong?

Lots actually. Common, but fatal mistakes that can happen when making pre-concentrates include

So the number one way your thyroid medication can kill you is #4, and that is the fatal mistake that the other pharmacy committed with our patient. After we sent in the capsules for testing to Dynalabs, our third-party analytical lab, the lab withheld the results for 3 weeks because they had to confirm the results three times before releasing it. The results showed that the capsule contained both T4 and T3; the T4 was at a potency of 87.6%, outside the narrow therapeutic window of 95 to 105%. However, the T3 was at 86,013%. The fact that the T3 was approximately 1000 times the amount of what it should have been means that the compounding pharmacy mistakenly weighed out pure T3 instead of a T3 pre-concentrate.

Thus, it is important that the compounding pharmacy you work with has the appropriate controls, equipment, processes, and trained personnel to effectively compound the most accurate and precise thyroid medication for you. At Harbor Compounding Pharmacy, we pride ourselves in our Dynalabs Center of Excellence which proves that we consistently, time and time again, make our compounds with extreme accuracy and precision. Our PCAB Accreditation is evidence that we have proper procedures and training in place to ensure that all compounding personnel can correctly do their job, and that there are checks and balances in place to ensure that any possible mistakes are caught before it reaches the patient. We have a system where at least one technician and two pharmacists must check all calculations for making T4 or T3 pre-concentrates. Lastly, our Continuous Quality Improvement (CQI) system ensures that any and all mistakes are documented and investigated, and that changes are made to prevent those same mistakes from being repeated again. 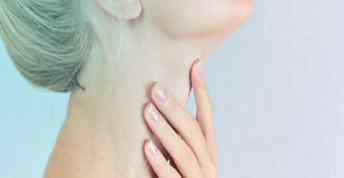 The Interplay between Low Dose N...