Turmeric, also known as Curcuma longa, is a plant that originates from Southeast Asia and is grown primarily in India. Belonging to the ginger (Zingiberaceae) family, turmeric is a rhizhome (root) used commonly both as a culinary spice and for its medicinal properties. Curcumin is the main component and ingredient found in turmeric and is what causes turmeric to be yellow in color. Frequently used in cooking, turmeric is what provides flavor to traditional Indian curries and mustards and contributes to the coloring of cheese and butter.

Turmeric has been used traditionally for over 4,000 years within both the Ayurveda, Indian, and Eastern Asian medical systems. Curcumin is the main component responsible for most of turmeric's therapeutic properties. It has been historically used for conditions involving the joints, upper respiratory tract, skin, and digestive system. Because of its vast medicinal profile, turmeric dietary supplements have gained traction as a holistic option for treating certain illnesses and conditions. Typically, these supplements are composed of a variety of curcuminoids1,2.

What parts of the turmeric plant are used?

The part of turmeric that is used both in the culinary and medicinal setting is the rhizomes and bulbs, which are also known as the root of the plant. To prepare these components, they are typically boiled and dried, thereby causing them to turn into a yellow powder.

What are the benefits of turmeric in the body?

These advantages span a variety of health conditions and diseases, making it a widespread holistic health option. The types of illnesses and conditions that turmeric can treat are detailed below.

Curcumin, the main ingredient in turmeric, helps to activate the gallbladder, thereby causing it to create bile. This increase in bile can help to reduce common symptoms associated with indigestion. In fact, the German Commission E approved turmeric as an herbal medicine that can help to treat problems associated with digestion. One placebo-controlled trial demonstrated that turmeric decreased indigestion symptoms such as gas and bloating in individuals experiencing indigestion2.

Other studies have found that turmeric may have protective effects in the gastrointestinal (GI) tract via its anti-inflammatory properties. Outside of its effects in dyspepsia, it also shows promise in patients with other GI-related conditions such as ulcerative colitis (UC). UC is a chronic condition that affects the GI tract, causing symptoms such as diarrhea and abdominal pain. In a UC study, turmeric helped patients to maintain remission and prevent disease relapse after taking curcumin for a period of six months2,3.

Turmeric has an innate ability to decrease inflammation in the body. Thus, experts have postulated its potential use in inflammatory conditions such as osteoarthritis. Osteoarthritis is a condition that involves both short- and long-term inflammation in the joints, resulting in pain and decreased quality of life. Several studies support turmeric's use in this condition due to the anti-arthritic effects of curcumin. One study, for example, found that individuals that received curcuminoid with piperine demonstrated better clinical outcomes than individuals taking placebo. These outcomes included improvements in pain and physical function.

Another analysis looked at multiple studies that evaluated how curcumin affects certain symptoms of osteoarthritis. This review indicated that between eight to 12 weeks of treatment with turmeric extract can lessen symptoms of pain and inflammation associated with osteoarthritis. Additionally, results were similar amongst patients treated with ibuprofen and diclofenac sodium, making turmeric a potential herbal alternative or adjunct therapy4.

Evidence suggests that turmeric may help to prevent a condition known as atherosclerosis. Atherosclerosis is the accumulation of plaque in the walls of the blood vessels, which blocks them and potentially causes a stroke or heart attack. In animals, turmeric extracts have demonstrated that they can lower levels of “bad” cholesterol, known as low-density lipoprotein (LDL), by preventing its buildup in the arteries. Turmeric also exhibits effects on platelets, which are blood cells. Turmeric can prevent platelets from coagulating in the arteries, therefore helping to avoid blood clots and strokes. By helping to avoid cardiac dysfunction, turmeric can assist in potentially avoiding aneurysm, stroke, and heart attack. Additionally, its anti-inflammatory and antioxidant effect may improve conditions such as heart failure and cardiac complications associated with diabetes5.

Cancer is caused by abnormal and unregulated cell growth in the body. Turmeric has shown effects on cancer cells in the body, thus demonstrating a potential holistic remedy for cancer. Curcumin, specifically, can help to destroy cancer cells, decrease angiogenesis (a phenomenon where tumors develop new blood vessels), and decrease the spread of cancer to other parts of the body6,7. In line with its established effects in GI conditions, turmeric may play a role in preventing cancers affecting the digestive system, such as colorectal cancer. One study, for example, found that four grams of curcumin daily decreased colon lesions by 40 percent8.

How does Turmeric Work in the Human Body?

Are there any side effects or risk associated with turmeric?

Overall, turmeric is generally well-tolerated when taken at the correct dose. Studies indicate that it causes few side effects, but some of these may include indigestion and itchiness. In rare cases, anaphylaxis, a life-threatening allergic reaction, has occurred. Higher doses of turmeric are also associated with GI side effects9.

How to Get Your Daily Intake of Curcumin

Overall, turmeric exhibits a wide array of therapeutic and medicinal effects, including its anti-inflammatory and antioxidant properties. These properties contribute to turmeric's utility in various conditions such as osteoarthritis, heart disease, UC, indigestion, and cancer.

Turmeric is available as a powdered turmeric root,9 however, is poorly absorbed and dissolves in fat rather than in water. That’s why using oils during cooking may be the best way to get the dose you need. In fact, heating turmeric in a golden latte, or adding to you scrambled eggs will maximize how much you absorb.

But if you’re an avid user and find it difficult to use turmeric in your daily meals, then finding the right formulation of turmeric that is highly absorbable is vitally important. Worry not, I’ve done the homework for you in this case, and have found a highly absorbable nano-formulated capsules using micellar technology so that you get the most out of your supplement.

Don’t get hooked on a subpar turmeric and curcumin. Take the brand that our pharmacists trust (and use). 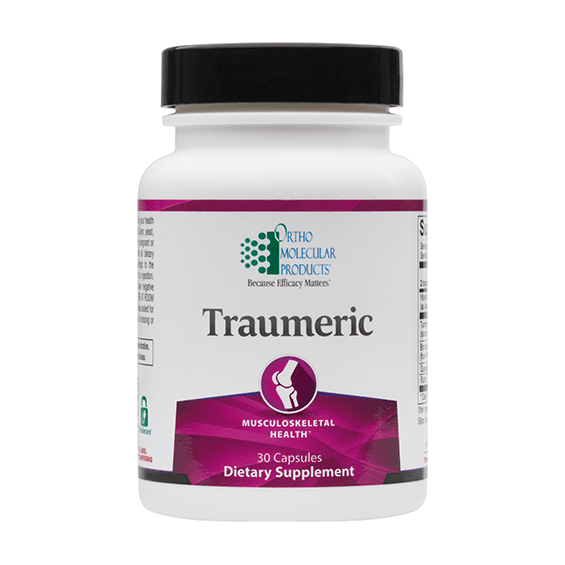 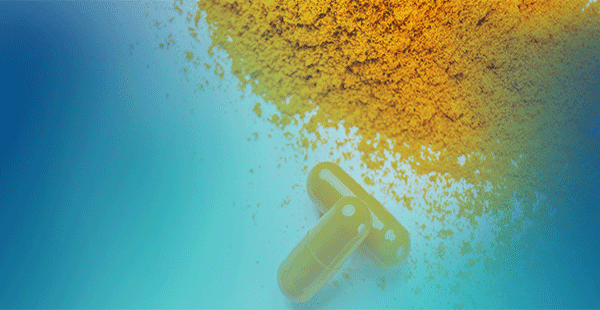