A state of physical, mental, and social well-being in relation to sexuality

The World Health Organization (WHO) defines sexual health as “a state of physical, mental, and social well-being in relation to sexuality2.” During and following menopause, a woman has reduced levels of estrogen and testosterone, among other hormones, which can significantly affect vaginal dryness, vaginal atrophy, painful intercourse, which can all be attributed to low sex drive and sexual arousal. FSD affects up to 86% of menopausal women and is characterized by ongoing problems with sexual functioning related to desire, orgasm, and response3.

Other common subforms of FSD are vulvovaginal atrophy (VVA) and genitourinary syndrome of menopause (GSM). VVA occurs at rates often close to 50% in postmenopausal women and includes decreased estrogenization of the vulvovaginal tissue with irritation, soreness, pain, and dryness as key symptoms3. GSM encompasses a variety of menopausal symptoms that include genital dryness, irritation, and burning, sexual issues with dryness, pain, discomfort and general impaired function, and urinary urgency, dysuria, and frequent urinary tract infections4.

With FSD and its sub-conditions, many menopausal women will have diminished sexual arousal thereby causing their sensitivity to sexual touch to be lessened, and furthermore, painful vaginal sex results due to vaginal dryness. As a result, women in this age group may begin to suffer from depression, anxiety, and stress, indirect effects of menopause, and thereafter that are related to their declining sexual health.

What Age Does a Woman Become Sexually Inactive?

A woman’s hormone levels gradually decrease while going though severe fluctuations and instability as she ages (see Figures 1 and 2). Decreased libido and quality of life issues are even more prevalent when a woman’s hormones rapidly, rather than gradually, decline because of chemical menopause or post-surgical events. For instance, young women with bilateral oophorectomy where both ovaries are removed tend to have their testosterone levels reduced by 50%. 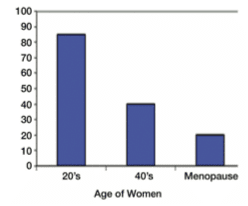 There is much discussion amongst experts regarding the relationship between FSD and lack of testosterone production and activity. In general, presence of low testosterone in women is associated with low libido, reduced sexual desire, faltering motivation, distress, and reduced well-being at large. Testosterone sparks sexual arousal and behavior and leads to initiating sexual activity. It is also necessary for modulating clitoral and vaginal physiology to provide genital lubrication, engorgement, and sensation5.

Reduced estrogen levels (hypoestrogenism) during a woman’s menopausal period can contribute to a low sex drive as well. The physical manifestations of lowering estrogen levels in women are typically vulvovaginal dryness and atrophy combined with reduced blood flow to the clitoris and declining sensory perception. These changes in the female genital’s functioning make it harder for women to engage sexually and respond to sexual cues. 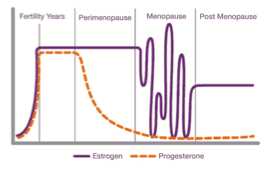 Figure 2. Estrogen and progesterone hormone variation over the course of a female’s life5

Experts in the field often recommend estrogen therapies to treat the physical repercussions of declining estrogen levels. Figure 2 shows how a female’s estrogen levels fluctuate immensely during menopause, another potential cause of a lowered sex drive during this period. Reduced estrogen levels cause vaginal dryness, dyspareunia (painful vaginal sex), and faltering natural lubrication, no doubt contributes to how much a woman wants to or feels comfortable engaging sexually5.

The urogenital tract has lower sections with mucous membranes that are also impacted by estrogen production. Enough estrogen is needed for a good flow of blood to the vaginal mucosa. Lack of blood flow will lead to a lack of lubrication, hence genital dryness when estrogen levels are not sufficient. In addition to direct effects on sexual health, this can also lead to urinary tract infections. Dyspareunia and infection can be caused by reduced estrogen as well, as estrogen can lead to the proliferation of vaginal wall epithelium, smooth muscle fibers, and collagen to maintain the vagina’s rugae. In short, low estrogen levels cause the epithelium to thin, a loss of barrier function, a decrease in vaginal folding, and ultimately, the elasticity of the tissues decreases. These particular symptoms are often associated with VVA. See Figure 3 for a visual representation of how the symptoms cascade1. 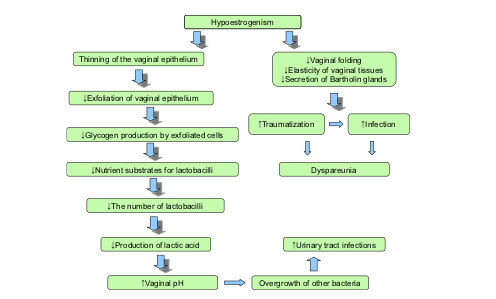 Figure 3. The mechanisms of VVA as its effects avalanche1

Between declining levels of estrogen and testosterone (as well as other hormones) caused by menopause, many women experience various forms of FSD before, during, and after menopause with the consequence of ongoing poor sexual health. Awareness of FSD is only the first step, though it is a great one, considering that the majority of cases go undiagnosed for largely cultural reasons.

To manage these issues and restore sexual health to menopausal women, different methods of hormone replacement therapy and psychological treatment can be used. Clinical studies have provided strong data to suggest that combining bioidentical HRT with psychosocial intervention may be the most effective means of managing these disorders. Harbor Compounding Pharmacy has researched numerous clinical studies on BHRT, and for many years, have managed sexual dysfunction in our patients throughout California, Nevada, Washington, Wyoming, New York, Indiana, and Missouri. We are currently working to be licensed in all 50 states because we strongly believe that our products can benefit many more women nationwide.

In our next part of the discussion on sexual dysfunction in menopausal women, we will dissect these clinical studies and dive deeper into options for rejuvenating a woman’s sexual health, thereby, improving her quality of life. We will introduce our five novel products, as well, that are specially formulated to promote sexual well-being. Don’t be shy! Call Harbor Compounding Pharmacy at 949-642-0106 and speak to any of our expert pharmacists about a solution that is right for you!

To learn more about Female Sexual Dysfunction, and treatment options that may be available for you, please check out our blogs:

Vulvodynia (Chronic Pain of the Vulva, the area on the outside of woman’s genitals) 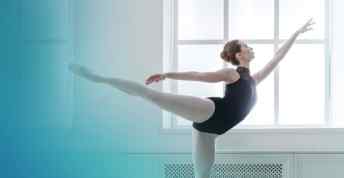 Is Lack of Desire Star...