Oxytocin is a hormone neuropeptide produced by the hypothalamus and is released either directly into the blood via the pituitary gland, or to other parts of the brain and spinal cord, exerting its action both peripherally, and centrally in the brain.

Best known for its role in childbirth, oxytocin plays a vital role in triggering uterine contractions. Many times, if contractions are not powerful enough to complete delivery, the mother will be given oxytocin to help the labor process and contractions.

It has been postulated that a rise in the concentration of oxytocin causes contraction of cells around the alveoli and milk ducts, in preparation for suckling, and that lactation failure may result from insufficient oxytocin. When the infant is suckling, afferent impulses from sensory stimulation of nerve terminals in the areolas travel to the central nervous system where they promote the release of oxytocin from the posterior pituitary. In women, oxytocin release is often associated with such stimuli as the sight or sound or even the thought of the infant, indicating a large cerebral component in this "neuroendocrine reflex". The oxytocin is carried through the blood stream to the mammary gland where it interacts with specific receptors on myoepithelial cells, initiating their contraction and expelling milk from the alveoli into the ducts and sub-areolar sinuses. The passage of milk through the ducts allows free flow of milk to the nipple. The process by which milk is forcibly moved out of the alveoli is called milk ejection or let-down and is essential to milk removal from the lactating breast. Oxytocin nasal spray has been used successfully to help treat for "the let-down effect". There is speculation that in addition to facilitating lactation and the birthing process, the hormone facilitates the emotional bond between mother and child.

Oxytocin is often referred to as the hormone of social recognition and bonding. Recent research has shown that oxytocin may have many other far-reaching effects particularly when it comes to relationships and emotional involvement. Oxytocin is the reason why we form all sorts of deep connections not only with our children, but with our partners, friends and even our pets and is often called the bonding hormone. Oxytocin also plays a huge role in the non-procreative aspects of sex.

Oxytocin affects social distance between adult males and females, and may be responsible at least in part for romantic attraction and subsequent monogamous pair bonding. An oxytocin nasal spray caused men in a monogamous relationship, but not single men, to increase the distance between themselves and an attractive woman during a first encounter by 10 to 15 centimeters. The researchers suggested that oxytocin may help promote fidelity within monogamous relationships.

Furthermore, in some studies, high levels of plasma oxytocin have been correlated with romantic attachment. For example, if a couple is separated for a long period of time, anxiety can increase due to the lack of physical affection. Oxytocin may aid romantically attached couples by decreasing their feelings of anxiety when they are separated.

Sometimes called the hormone of desire, oxytocin is released in response to a variety of environmental stimuli including skin-to-skin contact and cervical stimulation experienced during sex. At normal levels oxytocin encourages a mild desire to be kissed and cuddled by partners. Being touched (anywhere on the body) leads to a rise in oxytocin levels. This causes a cascade of reactions within the body, including the release of endorphins which results in both biological and psychological arousal.

Recent studies show that Oxytocin is involved in multiple signaling pathways in the central and peripheral nerve system and mainly regulates the physiology and activity of reproduction, including male reproduction and sexual behavior. The roles of Oxytocin in penile erection are bio-phasic with pro-erectile effect in the central nerve system while peripherally inhibiting erection. Oxytocin also mediates ejaculation, post-ejaculatory detumescence and the post-orgasm refractory period.

Oxytocin has also become the subject of studies in female sexual dysfunction specifically difficulty achieving orgasm. Oxytocin increases sexual receptivity and counteracts impotence. Research has shown that for women, not only is oxytocin released during orgasm, it appears to be responsible for causing orgasms in the first place. Research further indicates that oxytocin causes the nerves in the genitals to fire spontaneously, and this leads to powerful orgasms. In women, during orgasm, oxytocin levels increase significantly. During peak sexual arousal, if a womans brain is flooded with oxytocin, she may indeed be capable of multiple orgasms.

Therefore, Oxytocin can be used to help treat Female Orgasmic Disorder, Female Arousal Disorder or for those women who just desire a more powerful or multiple orgasms.

Oxytocin has recently received significant interest in the Autism community. Researchers have found that autistic children have lower plasma levels of oxytocin than those of other children. In addition, oxytocin has been implicated in the etiology of autism, with one report suggesting autism is correlated with genomic deletion of the gene containing the oxytocin receptor gene (OXTR). Studies involving Caucasian and Finnish samples and Chinese Han families provide support for the relationship of OXTR with autism. Autism may also be associated with an aberrant methylation of OXTR.

Therefore, oxytocin replenishment may play a role in aiding autism specific social behavior disorders, including but not limited to: repetitive behaviors, the desire to form social bonds, social recognition, processing social cues, regulated feeding, excessive grooming, stress response and being aloof. In fact, oxytocin treatment has resulted in an increased retention of affective speech in adults with autism. Furthermore, two related studies in adults, in 2003 and 2007, found oxytocin decreased repetitive behaviors and improved interpretation of emotions. More recently, intranasal administration of oxytocin was found to increase emotion recognition in children as young as 12 who are diagnosed with autism spectrum disorders. 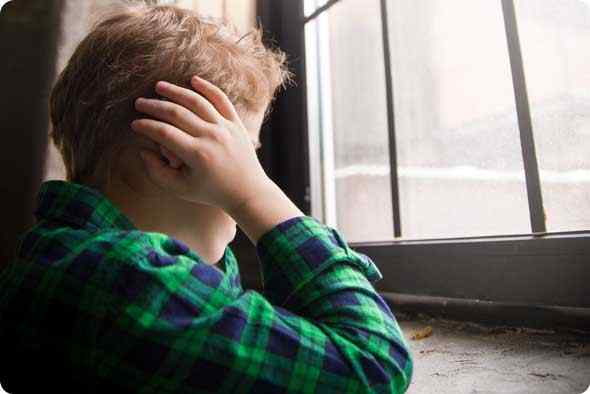 Yataware et al investigated the efficacy, tolerability and safety of oxytocin treatment in young children with autism using a double blind, randomized, placebo-controlled, crossover, clinical trial. Thirty-one children with autism received 12 International Units (IU) of oxytocin and placebo nasal spray morning and night (24 IU per day) for 5 weeks, with a 4-week washout period between each treatment. Compared with placebo, oxytocin led to significant improvements on the primary outcome of caregiver-rated social responsiveness. Overall, oxytocin nasal spray was well tolerated, and the most common reported adverse events were thirst, urination and constipation. This study was the first clinical trial to support the potential of oxytocin as an early intervention for young children with autism to help improve social interaction deficits.

Oxytocin is preferentially administered by injection or nasal spray since chymotrypsin, present in the GI tract, may destroy oxytocin, rendering oral administration unsuccessful.
Intranasal preparations of oxytocin, used to stimulate postpartum milk ejection, are no longer manufactured in the US, so a compounding pharmacy is necessary for this preparation.

After reading this article, would you like to start a prescription for a patient?

Harbor Compounding Pharmacy believes that  Oxytocin can be a breakthrough therapy for many conditions.  We have seen our doctors reporting positive outcomes in their patients and compliance for refills has been great. We hope to further our reach and provide the care that you or your loved one  needs to improve his/her quality of life. Call Harbor Compounding Pharmacy and speak to our Oxytocin specialists to learn more! 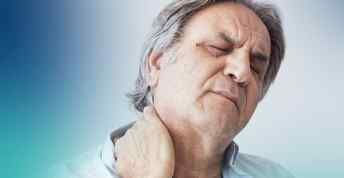 The Role of Oxytocin i...