Low-Dose Oral Minoxidil (LDOM) for Alopecia: What to Know

Alopecia-related hair loss can affect both men and women, and a large portion of the population can experience the problem. Hair loss can be especially bothersome, affecting everything from self-esteem to how you interact with the people around you. Further, alopecia can be a progressive problem that seems difficult to control. For many years, topical minoxidil has been the gold standard for encouraging hair regrowth and hair thickness in people that are dealing with hair loss.

While topical minoxidil is no doubt effective, the medicine can have its limitations, and it may not work for every individual the same. Additionally, the topical application process does allow for some level of human error with application that gets in the way of efficacy. Recent research has shed light on the fact that low dose oral minoxidil may be just as effective, and possibly easier to use consistently. Below is a closer look at alopecia and how treatment with low dose oral minoxidil could potentially help.

Alopecia is simply the term used to refer to baldness in medicine. Hair loss can stem from genetics, such as with male-pattern baldness (androgenic alopecia or AGA), but it can also stem from specific malfunctions related to the immune systems (alopecia areata or AA).

AGA is hair loss that stems from genetics and can affect both men and women. Essentially, there is a more profound response to natural androgens in the body, which leads to hair loss. Men with AGA usually experience permanent hair loss around the front and top of the scalp. However, women with AGA usually experience hair loss on the crown or top of the head. Some studies suggest that AGA affects up to half the male and female populations.

AA, by contrast, is an autoimmune disorder that is characterized by the immune system attacking hair follicles in the scalp and causing hair to fall out. This condition most often leads to hair loss in patches on the scalp or on certain areas of the body.

While alopecia areata is typically treated with medications meant to suppress the immune system, the treatment of AGA requires a much different approach. Topical minoxidil (TM) has been in use since 1988 for men and 1991 for women when the medication was approved for the purpose by the FDA.

Minoxidil is a vasodilator medication that is prescribed to slow the rate of hair loss in people with AGA. Most people recognize minoxidil under its associated brand names like Rogaine, and as a topical liquid solution that is applied to the scalp. However, minoxidil was initially used as an oral medication to treat high blood pressure. In the 1960s when the drug was first discovered and prescribed, patients reported hair growth (hypertrichosis) as a side effect. From here, researchers and medical professionals began developing the topical minoxidil solution that could be applied to the scalp directly to reap the hair-growth-stimulation effects without affecting blood pressure.

Since the medication gained approval in the late 80s and early 90s, topical minoxidil has been available in a few forms. The first type was a 2% topical solution that was more liquid in viscosity, and, later, a 5% liquid solution and foam we made available. Minoxidil is known to both slow hair loss and improves hair density during use with an efficacy rate of between 50 and 80%; higher concentrations of topical minoxidil do seem to be more effective. However, it is also well-established that not every patient responds the same to any level of TM treatment.

How Does Minoxidil Work for Hair Loss?

Minoxidil is often referred to as a "pro-drug." This basically means the medication converts in the body through physiochemical or metabolic processes to become something the body can actually use. With this in mind, minoxidil works while it is in the body but does not achieve long-lasting effects once the medication is stopped. The compounds in the minoxidil are no longer present, so the body no longer creates the pharmacologically active agent that deters hair loss.

There have been quite a few studies on minoxidil over the years. Nevertheless, there is still lacking clarity as to precisely why the medication helps with AGA. Researchers believe the medication prolongs the growth or anagen phase within hair follicles, increases follicle size, and, therefore, keeps hair intact for longer than usual and supports new growth.

While TM for hair loss has been in use for many years, some dermatologists and researchers refer to low dose oral minoxidil (LDOM) as an almost "full-circle" treatment for alopecia. What started as an oral drug that was accidentally found to help with hair loss and then evolved into a topical treatment has now gained attention for oral use for hair loss.

The Science Behind Minoxidil for Alopecia

Over the last few years, there have been a number of studies on LDOM (less than 5mg per day) for treating alopecia. Studies have looked at both the efficacy and the safety profile of LDOM treatment for alopecia.

One of the largest studies to date was published in the Journal of the American Academy of Dermatology in June 2021. The study involved over 1400 patients, 67% women and 32% men with ages ranging between 8 and 86 years old, and achieved positive results. LDOM was determined to have a favorable safety profile with only 1.7% of participants discontinuing LDOM treatment due to adverse events.

In a randomized controlled trial published in November 2021, LDOM was found to be just as effective as topical minoxidil for treating female pattern hair loss. The dose given was 0.25mg of oral minoxidil per day. Changes in both hair diameter and density were similar whether the participants used the topical solution or the oral medication. It was further noted there were no negative effects on blood pressure in the LDOM group.

In another study published in 2022, researchers found a 1mg dose of oral minoxidil to be more effective for increasing hair counts than a 0.25mg dosing regimen. This indicates that patients may be able to start out with a lower dose and adjust to a slightly higher dose if desired results are not seen.

LDOM can also be combined effectively with spironolactone of 25mg to treat AGA. Spironolactone is known to slow androgen production, which may also help with hair loss.

Physicians have set forth a recommended dosage guideline for both males and females with low dose minoxidil for hair loss:

Talk to a Compounding Pharmacy About Alternative Treatments for Androgenic Alopecia

Even though topical minoxidil has been used for many years for alopecia-related hair loss, low dose oral minoxidil may also be an option that offers excellent results. If you suffer from AGA, it may be worth talking to your doctor about LDOM, even if you have not had promising results with TM in the past. Reach out to our team at Harbor Compounding Pharmacy to further discuss treatment options for alopecia that may be suitable and available to you. 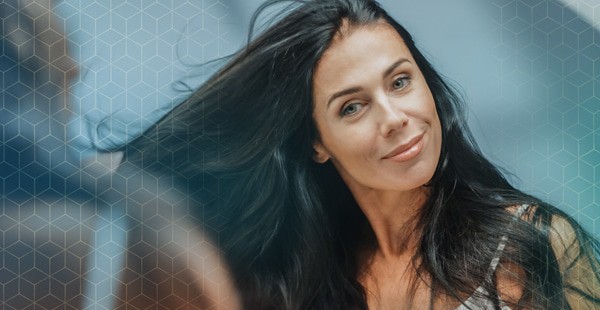