Size Does Matter: The Importance of Micronized Drugs

Size Does Matter: The Importance of Micronized Drugs in Compounding Pharmacies

In this time and age, we want bigger closets, bigger cars, bigger houses, but the truth is bigger isn’t always better in the world of pharmaceutical sciences. When it comes to transdermal drug delivery, the key to achieving optimum absorption requires us to think about drugs a little bit differently. Maximum transdermal drug absorption not only relies on the physical attributes of the drug like its polarity and diffusion characteristics, but it also has a lot to do with the particle size of the drug in its semisolid base.

Transdermal formulations are commonly used to carry drugs THROUGH the skin and the underlying tissues for systemic action. This requires that the drug, or the active pharmaceutical ingredient (API), has to have specific physical features to be carried through the skin and tissues successfully. Many factors currently dictate if a certain API can be absorbed through the skin, e.g. temperature, pH, molecular weight, partition coefficients, etc., but the one feature that we will tackle today is the particle size of the drug or the API.

One of the key methods to improve a drug’s bioavailability is tied to its aqueous solubility and its permeability through the body’s membranes. The more soluble a drug is, the more likely it will be absorbed orally, topically, transdermally, or parenterally. Only solubilized drug molecules can be absorbed by cellular membranes to subsequently reach the site of drug action. In the case of transdermal drug delivery, the API must be solubilized as it travels through all the layers of the skin to reach its target site, which is the circulatory system.

Particle size reduction can be taken down to the micron size range, or even to the nano size range. Currently, commercial and compounded formulations are produced in drug particle sizes that lie more in the micron range than the nano range due to the significant expenses associated with drug nanotechnology. Micronization particle size reduction processes are costly as well, but they are more affordable for drug manufacturers than nanotechnology, and micronization processes are more efficient and can produce larger drug volumes than nanonization processes.

When drugs are micronized, the particle sizes are measured in microns. A “micron” is an abbreviated term for “micrometer” or a millionth of a meter (1/1,000,000 meters). Therefore a single millimeter has a length of one thousand microns. Here’s a table of common items that are in the micron range:

When a drug is said to be micronized, that means its particle size is generally less than 50 microns. When an API is micronized, its particle size is about 4 to 10 times smaller than conventional drug particles. If you look at the comparison table of common items, drugs that are about 50 microns or less are comparable to the size of plant pollen, but typical cells like red blood cells are about the size of 5 microns. In order for a drug to work, it must CROSS the cell membrane; therefore, logically, a drug must be smaller than the size of a cell (less than 5 microns) in order for them to work. But how can this happen? This is where solubility comes in; the more micronized the drug, the more likely it will be solubilized in its solvent which then improves its absorption. This is because solubilization breaks down the crystal drug particle into much tinier MOLECULES. The size of a molecule is significantly smaller than nano-sized drugs or even micronized drugs, and when a drug is riddled down to its molecular size by dissolution, only then can it be taken up across cell membranes into the cell by way of transport receptors on cellular membranes.

Micronization technology has improved drug bioavailability in medicine ever since its discovery. One key example is with the drug fenofibrate used to treat patients with high cholesterol levels. Fenofibrate is quite insoluble in water and is poorly absorbed. It was required to be administered with food to improve its bioavailability, but due to this inconvenience, drug compliance was poor. Drug manufacturers developed micronized and nanoparticle formulations of fenofibrate were developed, and their reduced particle sizes resulted in greater solubility, improved bioavailability, and in some cases, can even be given irrespective of food. Micronized fenofibrate exhibited more than a 10-fold increase in dissolution at 30 minutes compared to standard fenofibrate. In addition, the difference in the bioavailability of the fenofibrate formulations have resulted in different doses for each formulation; the micronized fenofibrate were given in dose ranges of 40 to 67mg versus the standard formulation were give in doses of 120 to 200mg. This example is one out of thousands that proves without a doubt that micronized drugs have improved drug solubility and drug bioavailability than their non-micronized counterparts.

At Harbor Compounding Pharmacy, we go above and beyond to ensure that we are producing the highest quality compound medications possible for our patients. Over the years, we have implemented quality assurance programs to work with only reputable drug manufacturers and vendors who provide USP-grade drugs with micronized drug particles. Although drug manufacturers may state the drug particle sizes on their certificates of analysis for each batch, we take it a step further and validate the drug’s particle size with a third-party particle size analysis lab to ensure that 95% of the drug particles are below 50 microns. We perform this additional validation with every new vendor or manufacturer that we work with.

At Harbor Compounding Pharmacy, we know that our patients place a high level of trust in our services and our product quality, and we want to meet and even exceed that level of expectation. By examining our active pharmaceutical ingredients and ensuring that their particle sizes are as micronized as possible, we deliver high quality compounds that truly work for our patients and therefore improve their quality of life.

So size does matter, and smaller, not bigger, works better when it comes to your compound medications. 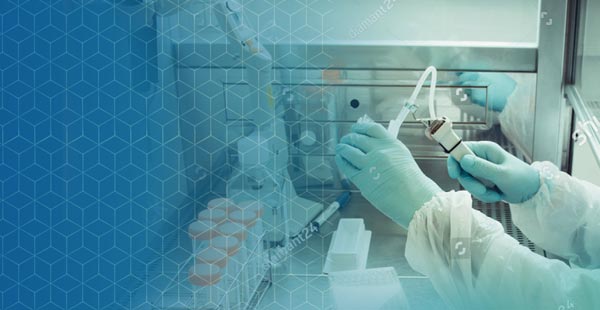