The One Prescription-Grade
Wrinkle Solution You’ll Ever Need

One reason that facial skin shrivels as we age is that our natural hormone production decreases. As women enter menopause, their internal estrogen production sharply declines. The resulting estrogen deficit intensifies the effects of natural and environmentally related skin aging. In the face, this is manifested with progressive sagging tissues and a reduction in elasticity

Estrogens exert significant effects on skin physiology by modulating the effects of key epidermal and dermal cells. In fact, the skin is an important estrogen-responsive endocrine tissue. Without the growth-promoting effects of estrogen, the skin literally withers away. The very thin skin observed in the elderly can be directly correlated to a lack of estrogen needed to generate collagen and maintain skin thickness.

According to the findings of a scientific study published in 2006, estrogens prevent skin aging by increasing glycosaminoglycans, such as Hyaluronic Acid, to maintain fluid balance and structural integrity. Estrogen also increases collagen production in the skin, where it maintains epidermal thickness and allows the skin to remain plump, hydrated, and wrinkle-free.

Using estrogen to rejuvenate your skin

Topical estrogen application has been shown to be safe and effective in preventing skin aging. In a study published in February 2007, a group of women who were already taking oral estrogen drugs were given a topical 0.01% estradiol cream. After only four months, both dermal and epidermal thickness were enhanced, as well as dermal collagen levels. This study revealed that topical estrogen application provided rapid and definitive anti-aging effects even in women who had high systemic estrogen blood levels. It seems as though microcirculation vastly decreases as we age, further decreasing the delivery of hormones to the skin, therefore, justifying the use of topical estrogens even while on other hormone replacement modalities.

In another scientific study performed by Schmidt, the effects of 0.01% estradiol and 0.3% estriol compounds were compared in 59 preclimacteric women with skin aging symptoms. Monthly determinations of estradiol (E2), follicle-stimulating hormone (FSH), and prolactin (PRL) were done and the monthly clinical monitoring was supplemented by measurements of skin hydration by corneometry and profilometry. In 10 patients, skin biopsies were taken for immunohistochemical determination of collagen types I and III.

After treatment for 6 months, elasticity and firmness of the skin had markedly improved and the wrinkle depth and pore sizes had decreased by 61 to 100% in both groups. Furthermore, skin moisture had increased and the measurement of wrinkles using skin profilometry revealed significant, or even highly significant decreases of wrinkle depth in the estradiol and the estriol groups, respectively. On immunohistochemistry, significant increases of Type III collagen labeling were combined with increased numbers of collagen fibers at the end of the treatment period. As to hormone levels, only those of PRL had increased significantly and no systemic hormonal side effects were noted.

Estriol is a weak estrogen when systemically administered, but it can induce potent anti-aging effects as a topical treatment. A six-month study of peri- and postmenopausal women was conducted at the University of Vienna in Austria comparing the topical facial application of estriol and estradiol creams. The doctors found that skin symptoms of aging improved, and that those treated with estriol obtained superior results, with no systemic hormonal side effects noted.

Edward Lichten, MD, author of the Textbook of Bio-Identical Hormones confirms these observations and states that no estriol is detected in blood in test subjects who use a topical estriol cream.

Dr. John R. Lee, author of books like, What Your Doctor May Not Tell You about Menopause, concurs that estriol applied to the skin reverses wrinkling and should be an essential part of the anti-aging skin regimen. The Harvard-trained physician also writes that estriol is the safest natural estrogen.

In a review of 45 scientific studies published in Alternative Medicine Review,estriol was found to be an effective and safe treatment with fewer side effects than traditional hormone-replacement therapy. Postmenopausal patients showed improved elasticity in the skin, while a study that included men and women with acne-damaged skin showed 100% improvement in repair of scarred tissue after three months of twice-weekly treatments.

It is difficult to imagine maintaining young looking skin in the absence of estrogen. But estrogen is not the only hormone that can reverse age-related changes in the skin. The hormone progesterone also contributes to healthy, youthful skin. A published study of a 2% progesterone cream in 40 women found that progesterone can decrease the number and depth of wrinkles as well as significant increases in skin firmness and elasticity in the treatment group.

For patients who want to combat the skin-related signs of aging at their source, the Harbor Science Skin EP+Cream combines the benefits of hormones such as estriol and progesterone, both of which have been shown in clinical studies to be safe and effective in treating wrinkles, improving skin firmness, reducing the loss of skin moisture and other age-related skin issues. Furthermore, a blend of cosmetic peptides, skin nutrients, and antioxidants are added to reduce the appearance of wrinkles, help support collagen synthesis, increase hydration, and enhance skin quality.

Harbor Compounding Pharmacy is focused on innovative, safe and effective treatment options that combine the best clinically-tested ingredients for safe, optimal, and synergistic effects, and the Skin EP+ cream from the Harbor Science line is one example of a product borne out of these principles. Let your natural beauty shine by using natural hormones. Try our Harbor Science Skin EP+ cream today.

After reading this article, have your doctor send us a prescription with the following information: 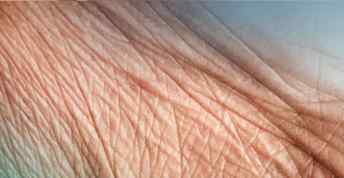